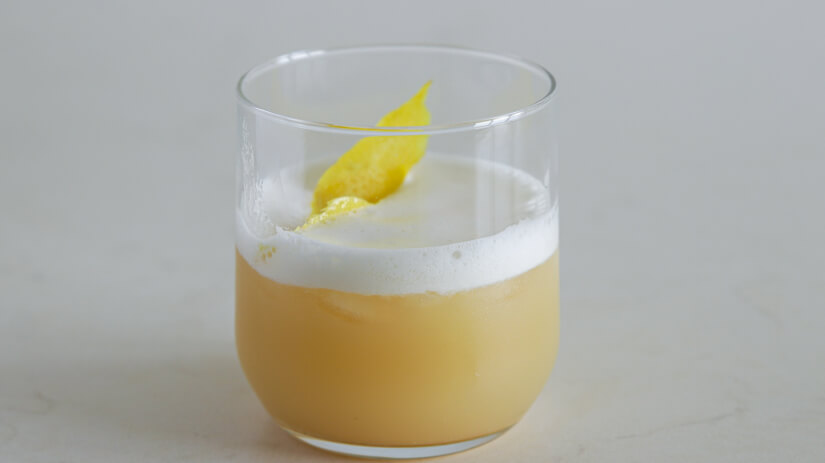 Whisky sour – one of the most popular cocktails in the world. The combination of bourbon, lemon juice and sugar are so simple, but yet it meets all the requirements of a cocktail. Follow this easy recipe to learn how to make the best whisky sour at home.
DIFFICULTY
Easy
YIELDS
1
PREP TIME
5 Minutes
WORK TIME
5 Minutes
RECIPE CUISINE
American
INGREDIENTS FOR YIELDS
DIRECTIONS

What is Whisky Sour?

The whisky sour is a cocktail that dates back to the 1800s and is made with whisky, lemon juice, and sugar. Its origin is disputed, with some claiming it was created on a ship sailing from South America to the United States and others saying it was made in Wisconsin, USA, by a bartender using available ingredients. Today, the whisky sour is enjoyed globally and can be found on the menu at many bars and restaurants. To make a traditional whisky sour, you'll need whisky, lemon juice, sugar, and egg white (optional). The standard proportions are 2 parts whisky, 1 part lemon juice, and 1 part sugar. There are various ways to alter the flavor of the whisky sour, such as using a different type of whisky, adding orange juice or grenadine, or using alternative sweeteners like honey or maple syrup. Overall, the whisky sour is a classic, easy-to-make cocktail that can be enjoyed on any occasion.

Overall, the whisky sour is a classic cocktail that is easy to make and perfect for any occasion. Whether you're a fan of whisky or just looking for a delicious drink to enjoy, give the whisky sour a try. 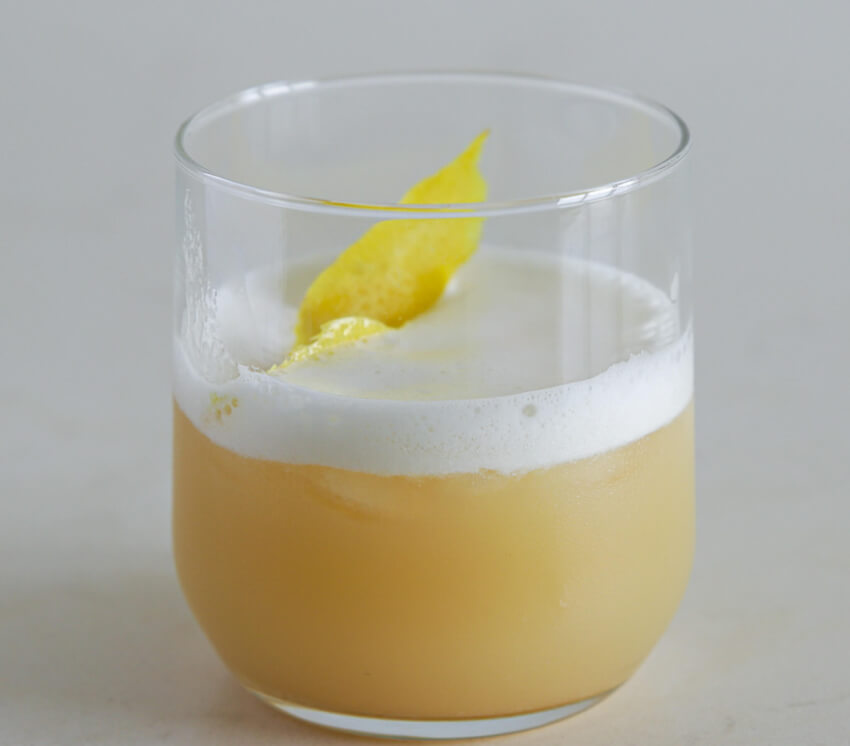 Why do You Add Egg White to Whisky Sour and What are the Alternatives?

Egg white is sometimes included in a whisky sour to give the cocktail a frothy texture and add body and richness to the drink. The egg white also helps to balance the flavors of the whisky, lemon juice, and sugar, resulting in a smooth, well-rounded flavor. It also creates a foam on top of the drink, which enhances its visual appeal and can enhance the overall drinking experience. While the use of egg white in a whisky sour is not traditional, it is a popular addition for many people. If you're worried about using raw egg in your cocktail, you can pasteurize the egg white at home before adding it to the whisky sour to reduce the risk of foodborne illness. If you prefer, you can also omit the egg white entirely and still have a tasty whisky sour.

The History and Origins of the Whisky Sour Cocktail

The whisky sour is a timeless cocktail that has been savored by countless people for generations. Its exact origins are not completely clear, but it is believed to have emerged in the 1800s. Some believe it was invented by a bartender on a ship sailing from South America to the United States, while others think it originated in Wisconsin, USA, when a bartender used available ingredients (including whisky, lemon juice, and sugar) to make a drink. Despite its uncertain beginnings, the whisky sour gained widespread popularity and can now be found on the menus of bars and restaurants worldwide. 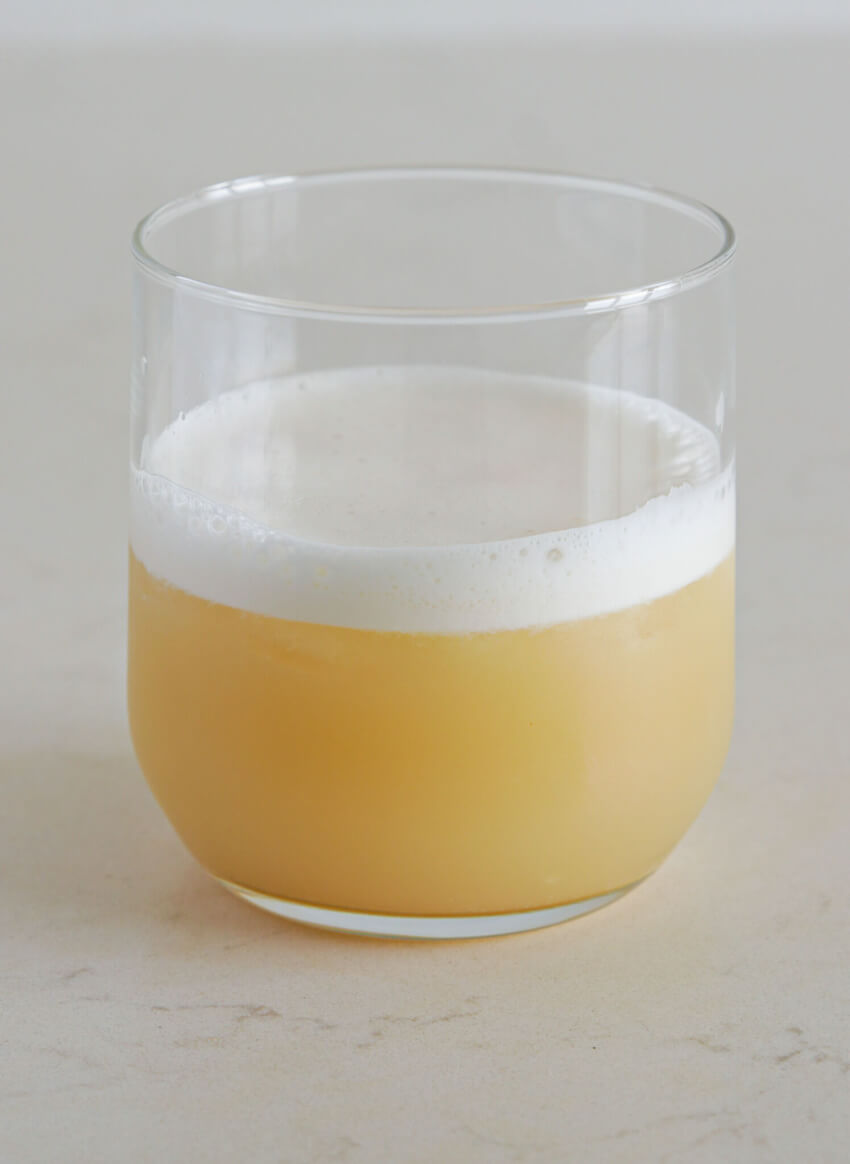 How to Make the Perfect Whisky Sour: Tips and Techniques

Making the perfect whisky sour is all about finding the right balance of ingredients. Here are some tips and techniques to help you create a delicious cocktail:

What Food Goes Best with a Whisky Sour?

A whisky sour is a classic cocktail that pairs well with a variety of different foods. Here are some expert recommendations for what to eat with your whisky sour:

Overall, the key to pairing food with a whisky sour is to look for flavors and textures that will complement the bold, tart flavors of the cocktail. Experiment with different combinations to find what you like best.

Exploring the Different Types of Whiskies to Use in Your Sour

The most common type of whisky used to make a whisky sour is bourbon. Bourbon is a type of American whisky that is made from corn and has a slightly sweet, oaky flavor that pairs well with the lemon juice and sugar in the cocktail. However, you can also use other types of whisky to make a whisky sour, such as rye whisky, scotch whisky, or Canadian whisky.

Rye whisky is a type of American whisky made from rye grain, which gives it a spicy, bold flavor. It can be used in place of bourbon in a whisky sour for a slightly different twist on the classic recipe.

Scotch whisky is a type of whisky that is made in Scotland and has a smoky, peaty flavor. It can be used in a whisky sour, but keep in mind that the smoky flavors of the scotch may be more pronounced in the finished cocktail.

Canadian whisky is another type of whisky that can be used in a whisky sour. It is similar to bourbon in terms of flavor and is often made from a blend of grains, including corn, rye, and wheat.

Ultimately, the choice of whisky for your whisky sour is a matter of personal preference. Experiment with different types of whiskies to see which you like best in the cocktail.

Your email address will not be published

3 Cozy Winter Drinks to Warm You Up

Sangria Recipe | How to Make Sangria

How To Make A Good Mojito Easily

This homemade eggnog is thick, creamy, rich, delicious and pretty easy to make! Tastes much better then store bought. Perfect drink for Christmas and ...

Whisky sour – one of the most popular cocktails in the world. The combination of bourbon, lemon juice and sugar are so simple, but yet it meets all th...